THE CIVIL WAR ALL OVER AGAIN BUT WITH A DIFFERENT TWIST!

Is the Russia Ukraine War really about, the two countries being hostile since the 2014 Revolution of Dignity, which toppled Ukraine’s elected president Viktor Yanukovych and his supporters, because he refused to sign a political association and free trade agreement with the European Union that enjoyed majority support in Ukraine’s parliament?

i wOULD tHINK nOT!

Remember the Civil War?  Do you really think that War was about Freeing The Slaves?  Hell Naw!  That War was totally about Business.

Now you hear White people speaking in the Media crying about “Those poor White Folks over in Ukraine getting killed by those Russians”.  It also seems like that’s all that the Medias wants to show people and wants to support.

Nobody has heard not one mention from a White person about the Blacks or People of Color being killed.  And then the Ukraine Authorities/Police/ Government, etc.,  has the Audacity to forbid People of Color from leaving the Country, but allows the Whites and their children to leave.

And to add insult to injury, the Ukraine Government is demanding that the Black Men take up Arms to Fight for Ukraine, (the very same people [and maybe Poland] who refuses to allow the Blacks, People of Color and their children, to board Trains to leave the Country or inter another Country).  Ain’t that A Bit*&%^l.^!$?

Come on now Folks,  Get Serious!  Russia nor Ukraine Governments, could give less than a Dam about Blacks nor People of Colors lives or involvement in their War/Dispute.

And for all the White Folks that say  [“Come on Marv, why does everything always have to be about Racism”]?

I say to you, because Racism is the biggest problem for the entire World, including your White Asses and, the Animals, Insects, Birds, Reptiles, Fish, etc, etc.  And as long as White People refuse to do anything about getting rid of the White Supremacists/Racists Gangsters,

IT’S JUST A MATTER OF TIME BEFORE,

Well I’ll just put it this way, “Now how do you like them Apples”?

Blacks can’t do anything about it because Blacks are the Victims of  it and Blacks have no power nor Allies.

HOWEVER, DON’T  EVER FORGET,  THAT BLACKS HAVE NOTHING TO LOSE!

Blacks have been Slaves all their Lives since the beginning of White Supremacy/Racism..

White People, you are going to cause your own Demise/Extermination because of IDLY sitting by, and doing nothing about replacing the System of White Supremacy/Racism, with a System of Justice for ALL PEOPLE AND LIVING THINGS.   And it’s going to be done to you, by your own Children when they understand and find out the Truth about White Supremacy/Racism, What It Is And How It Works.  SO,  LET IT BE WRITTEN,  SO  LET IT BE DONE!

I Suggest That Everyone Study The Works Of Mr. Neely Fuller, Jr.,  And His Book Entitled:

“If You Do Not Understand White Supremacy/Racism,

What It Is, And How It Works,

Everything Else That You Understand,  Will Only Confuse You”.

Mr. Fuller’s experiences, observations, and studies have led him to believe the following:

Racism has done more to promote non-justice than any other socio-material system known to have been produced or supported by the people of the known universe.

No major problem that exists between the people of the known universe can be eliminated, until Racism is eliminated.

The fear, frustration, malice, and confusion caused by Racism, retards or prevents all constructive activity between the people of the known universe.

The only form of functional Racism that exists among the people of the known universe is “White Supremacy.”

Regardless of all that has been said or done, the quality of the relationship between white people and black people is, and has been, a total disaster.

Justice is better than Racism.

As long as Racism exists, anything said or done by people that is not intended to help eliminate Racism and to help produce justice, is a waste of time and energy.

Also: Another MUST SEE VIDEO:

Was Assassinated In The Same Church.

Murdered by Marcus Wayne Chenault, a Black Hebrew Israelite.  That’s the kind of People/Victims that the System Of White Supremacy/Racism produces. 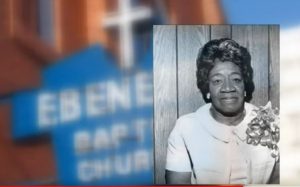 Now that goes to show how the true history of Blacks have been and is still being hidden for centuries.

Also, Did You Know Dr. Martin Luther King, Jr. had a brother who died under mysterious circumstances. 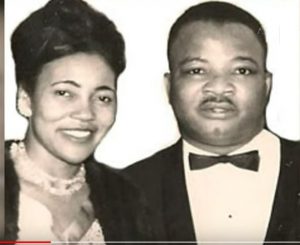 Read what People have to say about it @ Discussion Forums-Reading/Black-aalbc.com.

And Lets Not Forget About:

The White Mother who went to Alabama to fight for civil rights. The Klan killed her for it. 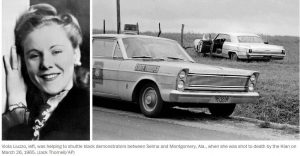 Again I say That’s the kind of People/Victims that the System Of White Supremacy/Racism produces.

And rather They know it or not, even the KKK are Victims of The System.

Why else were they taught to think they were Superior to other People, BECAUSE OF A COLOR?

No matter what Race you classify yourself as, or what type of Political Party you’re with, what Religion you belong to, how much money you have, how famous you are, what kind of job you do, what your Education is, what Sex you are,  You/We, are ALL being controlled and Manipulated by System Of White Supremacy/Racism.  Of  which only a few Families know how to use the System.  And what’s pitiful about it is, It’s being done to Us without our even knowing How or That, it’s being done to Us.  Ain’t that a Bit*&*%&%&ch?

NOTE: YOU TUBE removed this video about THE MURDER OF 14 YEAR OLD EMMETT TILL .  But you can view it now thanks to – STREAMABLE.COM