ONLY SO-CALLED WHITE PEOPLE SHOULD BE DEMONSTRATING!

Black Folks, wake the hell up and stop repeating the same things over and over again.  Don’t you know that the so-called peaceful demonstration are being infiltrated by White Supremacists/Racists to cause Panic, Confusion and Chaos. 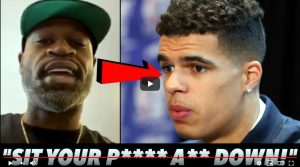 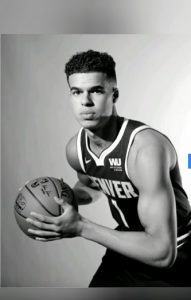 gives you a perfect example of how dumb and stupid that really is.  He wants people to pray [and/or forgive] the Policemen that murdered/killed George Floyd.  This is also a perfect example of how totally brainwashed and totally confused, White Supremacy/Racism can make people.  It would appear that Michael Porter Jr.  is more concerned about the White Supremacists/Racists Murderers/Killers, than the Victim George Floyd.    Somebody tell me what has Praying done for Black People?  Demonstrations appear to have done more for Blacks than Praying. 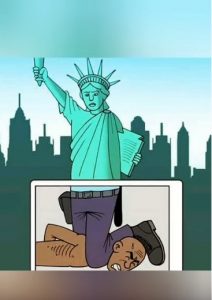 Black Folks, When you have so-called peaceful demonstrations, don’t you know that the White Supremacists/Racists purposefully send people to mingle in with the crowd to cause Chaos, Confusion and Violence?

This is also how the most Powerful Religion [ The Religion Of White Supremacy] effects people of Color.  [All people including the so-called White People].

Some people may say “Well Marv, the The Religion Of White Supremacy can’t possibly be more powerful than mine or my God”

My reply is as follows: “Just let the White Supremacists/Racists, tell you that you have to close down your little Churches, Mosque, Temples, Synagogue, Monasteries, Cathedrals, etc, AND YOU REFUSE THEIR ORDERS.  You Will see in about 15 minutes who’s religion is the most powerful.

All Chaos, Confusion and Violence during peaceful protests, are caused by White Supremacists/Racists, purposefully being paid and planted amongst the Real Peaceful Demonstrators.  Wake up Folks! stop falling for the Banana In The Tail Pipe Trick, over and over again.  And that includes all so-called White People as well.  All all so-called White People have been Brainwashed and Manipulated as well as Black People, and maybe even more-so or worst!

Could there be Paid Protestors at the George Floyd protests to cause Marshall Law on All people?  Or any other past protests as well?  You be the Judge! 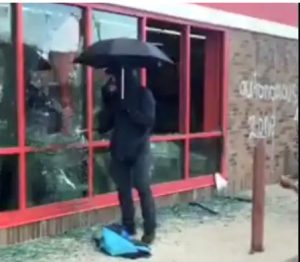 Only White People can replace the System of White Supremacy with a System Of Justice because only Black people are the Victims of it.  A Victim has no Control or Power over their Oppressors.  If they did, they wouldn’t be Victims! Duu-uh!

Black People have no reason to demonstrate because Black People are not the cause of the Problem.  White Supremacists/Racists People are.   If you’re in a prison, no matter how much demonstrating you do, it will not have any effect unless the Warden or Guards helps you Demonstrates on your behalf.  The Warden and Guards are the ones who has the power over you in the prison.  And this Planet Earth, is the Prison for people of color and their uniforms are their skin color.

Therefore, only the people with power over you, can release that power over you, when they get ready to.  Otherwise, how can you get their power over you, released while you’re in prison?  Can someone Please give me a Logical answer to that question?  And if you can, that could only mean, that you have solved the Race Problem for the entire World/Planet.

The Worst Is Yet To Come Folks.   Therefore, I Beg Of All White People, To Start Getting Prepared Or Start Doing The Right Thing.  And that’s Replacing The System Of White Supremacy/Racism With A System Of Justice.

And that’s just not for the Sake of only Black People, BUT, for You and your Families/Children/Loved-Ones/Friends, own Sakes, as well!

It ain’t gonna be pretty at all.  Not coming from Black Folks but, from the Real Creator(s).  Mother Nature and the Universe!

Here’s A New Pledge To The United States Flag And All Other Flags Around The World,  Invented by  Mr. Neely Fuller Jr.

Now you will know how to deal with People and Things, and see things for what they really are, when they confront you saying you Dishonored the Flag.

UP TO DATE NEWS 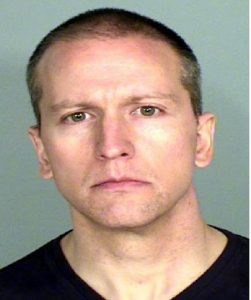 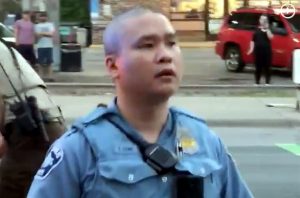 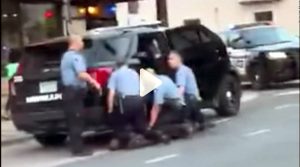 OK Folks, do you see how this Cop being Arrested for ONLY Murder is nothing but something to PACIFY people?  Why didn’t these Cops be arrested for First degree Murder?  You Be The Judge!

“There is no right way to protest.” Protest, by its very nature, must be disruptive.  To protest means to challenge.  More importantly, if you’re not being disruptive in your protest, then you’re basically not challenging anything, You’re merely turning the other Cheek. [So-To-Speak]. What’s confusing to me is, why people should care more about a Place rather than the People that live at the Place? 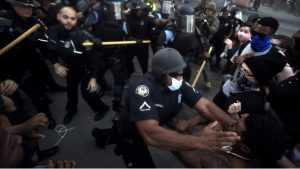 That will be the END of the White Supremacists Racist‘s Rule over mankind, as we know of mankind to be.  Therefore, Until and/or When the Brainwashed MILITARY FORCES/POLICE, etc, starts waking up, there will continue to be Violence and Murders/Killings to people of Color [especially of Black Men].

That is what has happened throughout the History of Mankind.  People got Fed up with  Dictatorships and Rulers, Royalty, [such as in Kings like Caesar, James, Henry VIII, etc, Queens like Cleopatra, Elizabeth, Mary, Queen of Scots, etc, Emperors, like the Achaemenid Persian Empire, the Caliphate Arab Empire, the Mongol Empire, German, Ottoman, Russian and Austro-Hungarian, etc. And the People Exterminated, Obliterated, Removed and Slaughtered all of them totally, including all their Children and Family Members.

THIS IS WHAT HAPPENS WHEN YOU WAKE A SLEEPING GIANT!

So don’t be fooled by the PACIFIER.   It’s another White Supremacists Racist CON GAME!   A SLEEPING GIANT has awaken and there’s no turning back now.  This Giant is on a rampage that will destroy any and everything in it’s Path/Sight to be freed from Bondage.  The United States Empire as we know it, is about to fall if the White Supremacists Racist don’t fix things pretty dam quick!  Hopefully, they will, if not,