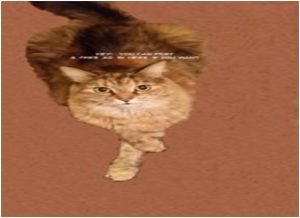 People Can Invest In And Build Their Own

Private Prisons And Other Businesses

Why do you think that is?  If you want to start your own business (That’s Similar To All Of The Above) and more, WHY DON’T YOU?  There’s no law against it is there? [Starting your own business].  Ooohh, wait a minute!  There just might be.

Now here’s the catch!  To keep people from becoming the competition of all the above mentioned and more, someone has to make Laws against it.  And whoever the person(s) is/are, that want to make a claim like that, they are in fact making a claim that would put themselves above the very Laws, they are trying to apply to you, me and everyone else.

Who do you think wants to make such a claim as that?  It could cost them their freedom, livelihood, etc, because no one has that kind of Authority nor would people accept their Laws.  The very fact that no one created anyone else, is Evidence and Proof that they don’t have the Authority to do so.  Only a/the Creator(s) has that kind of Authority.  How can any Man/Woman make a claim on something that was already here before THEY, or WE arrived?  But that’s exactly what’s happening!  And it’s happening without Us even having knowledge of it.

Using White Supremacy Racism, (The Big Con Game) amongst other Con Games, very smart people do it to Most if not ALL of US, through our own Ignorance.

They cause us to fight amongst each other so that they can control the Laws they invented [causing us to carry out their Laws against ourselves] to control and dominate the entire World/Planet.  And what’s PITIFUL about It, and Us, is the very fact that we do these things, without even having knowledge of it being done to Us.

That’s why very smart people do it Indirectly.  Those very smart people have invented something called Laws (without everyone’s input) that they control and Fooled/Brainwashed Us into Following Performing, Executing or Conforming to their Laws that are not Applicable to Us.

Now some people may say “Well Marv there has to be ORDER in the World and that can’t be done if everyone is allowed to do what they want to do?

Especially giving People the orders that they (Men/Women ) want the People to follow?  And my other question is what order are you referring to anyway, since it appears that the only Men/Women’s order in the World now, has not been very successful?  There’s still [If Not More] Wars, Killing, Stealing, Kidnapping, Raping, Jailing, Hunger, Slavery, Waste, etc, etc, that’s been happening since the appearance of Men/Women on this Planet.  What kind of order is that?  And it appears to be getting worst as time go by from the very smart people who are supposedly in control.

And when I say they (TVSP) are smart, it’s not because of the Killing, Stealing, Kidnapping, Raping, Jailing, Hunger, Slavery, Waste, etc, etc, and all the things they have done and are still doing.  I say that because they have devised a very Smart Con Game called White Supremacy Racism, that has out-smarted the Masses if not All the rest of people on this Planet.  It’s not at all smart or Wise in what they are doing, and still doing.  If they were so smart about what they do, the Planet wouldn’t be in the condition that it’s in now.  And if they don’t get Wise soon, they could be the cause of the Extinction of Man-Kind as we know of it.  THAT INCLUDES THEM AND THEIR FAMILIES BECOMING EXTINCT AS WELL!

You might not be able to comprehend that because you are so use to some Man/Woman controlling and doing everything for you because of your so-called beliefs and their BIG CON GAMES.  [Which may be the reason why you have those beliefs in the first place.

It’s time to do things for your dam self Folks and stop waiting for some kind of rewards and having any and everything being done for you, by others.  You gotta LIVE by yourself.  You gotta DIE by yourself, so why not DO for yourself?

BECAUSE YESTERDAY IS GONE AND TOMORROW ISN’T HERE YET!

That’s exactly what I mean when I say people don’t see things for what they really are!  You still think the Image in the Mirror is really you.  How dumb can we be?

So open up your own Private Prison, or other business, etc, etc, like other Business People do.  What have you got to lose?