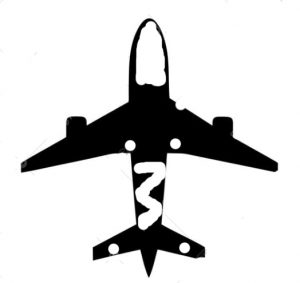 Here’s an example of how Government Can Mislead People into thinking One Way, while they [Government] are doing Something Else.

The Airport Security Checkpoint Systems setup [forced on us all], supposedly  because of 911,] has people thinking that it’s a good security thing because it can stop so-called Terrorists from boarding an Airplane killing 2-3-400 people.

If a person thinks about it logically, why would a terrorists take the chance of getting caught going through all the security checks, trying to board an airplane with weapons or a bomb to kill only 2-3-400 [hundred] people?, when all the terrorists has to do is walk right into the Airport Building, blow themselves up and probably kill about 2,-3,-4,-5,000.00 [Thousand] people, as well as blowing down [part of] Or The Whole Building?  Where’s the logic in that Folks?

Yet people still think this is something to benefit their safety.  Just as with the 911 incident itself after they found out that a third building was destroyed Which No Airplanes/Jets Flew Into.  Yet people are still arguing over if a Jet or Airplane could cause enough damage and fire to bring down whole buildings. [Including one that was not hit by Jets or Airplanes!  Come on Folks be for real!

What is it going to take to make you use LOGIC to see things for what they really are?  Now there’s this Corona Virus Stuff.  A Flu or Bacteria of some sort that no Government or Anybody Else claims to know exactly Where It Came From or How It Got Started On This Planet.  Yet they’re supposedly able to tell you all about how to control it or how to keep yourself safe from it.  Have you even taken the time to ask just how big a Virus or a Bacteria really is?

[Bacteria are giants when compared to Viruses The smallest Bacteria are about 0.4 micron (one millionth of a meter) in Diameter while viruses range in size from 0.02 to 0.25 micron. This makes most Viruses Submicroscopic, unable to be seen in an ordinary Lighted Microscope].

Therefore, how can a Mask [made out of any material] keep a Virus or Bacteria out?  The only way would have to be total isolation, which would mean that you Cannot Let Any Air In At All.  And of course Without Air, how can you breath?  And if you Can’t Breathe, guess what?  Just bend over, and Kiss Yo Ass Goodbye!

It’s Time to wake up people whether you like what I’m saying or not.  That’s not my problem, it’s yours!  However, everyone has the right to do what they want with their lives including not using Logic.

Some of you may say  “ What You Feel To Be  Logical To You Marv, Don’t mean It’s The Right Logic For Others”.   My reply is “You’re Dam Right That’s My Logic, BUT, there’s One Thing For Sure, and that is, None Of Us Can Get Around What Logic REALLY IS!   No Matter How We Think Of Logic To Be.  Therefore, We’ll All Find Out Sooner Or Later Just What Logic Really Is”.

Let’s see who’s going to be doing the bending over [so-to-speak]!

It doesn’t matter if you’re Democrat, Republican, Religious, Atheist, Black, White, Fat, Skinny, Tall or Short, etc, we are all Prisoners for somebody who controls Us all while we are being manipulated into NOT Seeing or Thinking about Things for what they Really are.

As Mr. Neely Fuller has stated in his book:

His Famous Quote:    “If You Don’t Understand White Supremacy/Racism, What It Is,   And How It Works,    Everything Else That You Understand,  Will Only Confuse You”.

A New Pledge To The United States Flag And All Other Flags Around The World,  Invented by a Man named  Mr. Neely Fuller Jr.