AND THE Song It’s Over

Whenever any Form of Government becomes destructive of these ends, it is the right of the People to alter or to abolish it, and to institute new Government, laying its foundation on such principles, and organizing its powers in such form, as to them shall seem most likely to effect their Safety and Happiness… it is their right, it is their duty, to throw off such Government, and to provide new Guards for their future security ” 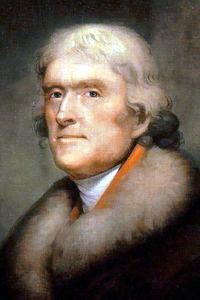 All People, All Protestors, All Public Servants, etc, must now Demand that the Constitution be Changed/Amended, to ELIMINATE CLASSIFICATIONS of People.  No more Black, White, Red, Yellow, Brown, Pink, etc, People.  No more 3/5ths. of a person.

Outdated Laws on the Books [Around The World] must be CHANGED before the Protesting stops, or Civil War Is INEVITABLE.   And if Civil War Is INEVITABLE, that would mean that All People must Eliminate Solders/Police who fight against them trying to kill them because of Orders given to them by ONE or  MORE  White Supremacist  Racists Persons.

How can a person be in Solidarity with the very People they will Kill/Murder because of an Order or,  because they claim it’s their Job? That’s not Logical in any sense.  When Soldiers and Police attack the Citizens of the U.S. A., they have Bleached Their Oath Of Office and Duty.  All Politicians, Presidents, Mayors, Senators, Governors, Police, Judges, etc, took an Oath Of Office to uphold the Constitution and Protect the People of the U.S.A.

When they do otherwise, they should be considered as Enemies of the State, Government and the People, and of  the U.S.A.  Thereafter, it will be up to the People, to remove and replace all those who took a Sworn Oath and Breached it.  And that’s according to the Declaration Of Independence /Constitution.

NOW CHECK OUT THE VIDEOS BELOW.  WOW! 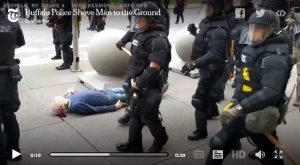 PUSHES DOWN OLD MAN WITH CANE 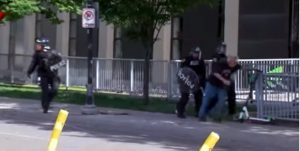 How Much More Of That Will The People Take Before War Breaks Out?  Will People Start to Arm Themselves And Fight Back  Against The Police?  Or Will The Police/Military Start To Fight Each Other?

[Of Which They Are Already Infiltrated With The People].

How Ironic that the People are protesting against Police Violence and the Police are actually Brutalizing People right in front of News Cameras!

The Most Famous And Perhaps Most Eloquent Expression Of A People’s Right To “Dissolve The Political Bands” Which Tie Them Together Was Penned By Thomas Jefferson (1743-1826) In The Declaration Of Independence:

[“ When in the Course of human events, it becomes necessary for one people to dissolve the political bands which have connected them with another, and to assume among the powers of the earth, the separate and equal station to which the Laws of Nature and of Nature’s God entitle them, a decent respect to the opinions of mankind requires that they should declare the causes which impel them to the separation….

“We hold these truths to be self-evident, that all men are created equal, that they are endowed by their Creator with certain inalienable rights, that among these are Life, Liberty, and the pursuit of Happiness.—That to secure these rights, Governments are instituted among Men, deriving their just powers from the consent of the governed. — That whenever any Form of Government becomes destructive of these ends, it is the right of the People to alter or to abolish it, and to institute new Government, laying its foundation on such principles, and organizing its powers in such form, as to them shall seem most likely to effect their Safety and Happiness… it is their right, it is their duty, to throw off such Government, and to provide new Guards for their future security ”]……………….Also See:  18 U.S.C. 1918  and  5 U.S.C. 7311

Should  a War break out in the United States because of orders given be a President, that will only open the door for any other Country to come in afterwards, and Conquer the United States It can be done easily because the Military will be so exhausted from fighting its own People throughout  the United States Therefore, each and every person should be concerned with a War of any kind [Civil or otherwise] happening in the United States, for the benefit of all.