IT’S ALL ABOUT ROYALTY FOLKS! 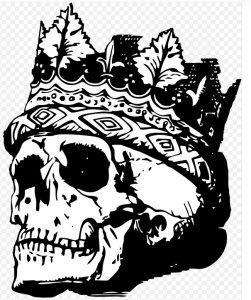 People is it wise to put all Your Attention On Donald Trump & Joe Biden or playing the Political Game?   Yes that’s what Politics is all about Folks.  Just a Game.   A Game that You/I, don’t know how to play, nor can We ever Win, if We did know how.  Read some history about the Game HERE.

Everything that is happening now with Attention On Donald Trump & Joe Biden, is just a Deflection.   It’s just a Misdirection of Attention away from the White Supremacist Racist’s  [The Primary Aggressor’s]  actions of Strengthening and Maintaining the System Of White Supremacy Racism.

Pay close attention to what’s really going on around you and around the World.  Get prepared for Mandatory Actions that is going to be carried out by Ignorant workers for the White Supremacist/Racists.  Directly or Indirectly.  It’s all part of The New world Order Planning.

It may appear that the New World Order Planning the White Supremacist/Racists has is to take All Of Our Children Away from NATURE.  Meaning, they are removing our children from NATURAL things such as, Family Members and Friends, other People and Each Other, Loved-Ones, Water, the Sun and Planets, Grass, Trees, Animals, Insects, Birds, Reptiles, Mammals, Fish, Fowls, etc, etc.

All the things and everything that pertains to Nature.  A lot of Our Children only know about being raised up Among Buildings, Concrete, Cements, Bricks, Wood, etc, etc.   They have ONLY experienced a very, very Small Amount Of/With Nature.

Please Check Out The Following  Articles About Children And Nature.

Does the Mask Wearing serve more purpose than just trying to get rid of a Virus that HAS NOT  killed more people, than Pneumonia, Other Flues, Bacteria’s, Germs, etc, or a Common Cold?  Is there Really A Cure for the Common Cold or a Flu, or just something to help with the Symptoms?

All the so-called Millions upon Millions of the Covid-19 Corona Viruses Cases that are supposedly being caught by people Have Not Killed them  and/or Even Hospitalized the Majority Of Them.  I wonder why that is?

All the People that didn’t die, were just ORDERED to stay away from others and be QUARANTINED for 14 or more days.  Sure a lot of People were Hospitalized however, they Did Not DIE.  They got Rid/Over the Virus.  Even Donald Trump got over it, didn’t he?   So, what does that show you?

NOTE: AND PLEASE DON’T MISUNDERSTAND ME FOLKS.  I’m not Against any Lock Downs or Safety Precautions, etc, if it is necessary.  I only have questions I would like answered, about what IS necessary, or NOT.

ALL  Pneumonia, Other Flues, Bacteria’s, Germs, etc, etc,  ARE DANGEROUS AND CAN KILL YOU!   THEREFORE,  NEVER  TAKE  ANY OF THEM LIGHTLY!

If only a small number amount of people are dying from the Virus  [Mainly Older People And People Who Are Already Sickly]  out of the Millions upon Millions of Cases/People  that has so-called Contracted the Virus,  What Is The Purpose Of Locking Down People, Jobs, Businesses, Stores, etc, etc, IF THE PEOPLE  ARE NOT DYING from it.?

It may appear to some that the White Supremacist/Racists are trying to do population control on the Planet in order to make a New World, ONLY, for their Children and Families.  Of course this could just be another Conspiracy Theory  Idea Too, RIGHT? You be the Judge!

However, if it should be the case that it’s not a Conspiracy Theory  Idea, how are Our Children supposed to ever know about Nature and the Universe if they are not Exposed To Nature or Surrounded By Nature and/or has No Interaction With Nature?

SO, could this be what a New world Order is really about?  Destroying Nature and taking Nature away from the Children?  And should that be the case, what can We do about it to help Our Children?

You be the Judge!  All I have are questions that I’m trying to find answers for.

Folks, are you starting to see why You Should Pay Attention to EVERYBODY and EVERYTHING  around You, and  throughout  the Entire World, instead of just Concentrating and putting all your Focus on the Political Con Game with Joe Biden and Donald Trump?  And always stay in the question lane Folks!

Some say The New world Order is a Conspiracy Theory.  Some say it’s not, as The Powers That Be [PTB] would have Us to believe.  Some of the Presidents such as : Ronald Reagan, George H. W. Bush,  Bill Clinton and many, many more,  etc, has even made statements about The New World Order.  Hear them at this link  ► Presidents in their OWN words, .

Even the [so-called Black President and  victim of  the System Of White Supremacy Racism] President Barack Obama was a part of  The New world Order Planning,  Directly or Indirectly.

There’s Room Enough, and Plenty of Food, Water and Shelter, for everybody on this Planet and all that follows,  just in Africa alone.

THERE’S NO ROOM FOR INJUSTICE.

Everything that was here on this Planet before We all Arrived, was in Balance.  Man/Woman has caused things to become unbalanced since our arrival.  Therefore, it’s impossible for things [non-justice] to survive because Mother Nature and The Universe will not let it be that way.  Nothing and Nobody, can go against the Laws of Nature, and Win.

And the Laws of Nature is not a Con Game.

They are the only Real Laws.   And That’s Just Reality/Facts!

Pay attention to Reality and what’s happening around you Folks, OR keep Dreaming/Sleeping, and maybe you’ll have better luck in your next Transition, etc.   Meanwhile, for the time being,  get prepared for The New World Order.

“I Do At All Times Relate To The Flag,