People are asking this question.  What do you think?  Could there be something in the newly created Corona Virus Vaccine that helps to contribute to a person becoming LBGTQ?

Some people say that it’s impossible for the newly created Corona Virus Vaccine  to contribute to a person becoming LBGTQ.  However, isn’t that what happens when a Person takes Steroids and Hormones to change their Body’s Molecules and Structures, or have the above Surgeries??

It’s known/classified as [For Transgender and Transsexual people, this process commonly involves reassignment therapy (which may include hormone replacement therapy and sex reassignment surgery), with their gender identity being opposite that of their birth-assigned sex and gender].

“Rabbi Daniel Asor claims that both the virus and the vaccines are the work of a global malicious government trying to establish a new world order.”

You can view more questions about LBGTQ at this Page:  →  LBGTQ-A-Misleading-Concept.

Read More How This Doctor [Dr. Djaballah] gives explanations about his take on the Corona  Virus Vaccines.

Dr. Suneel Dhand  of MedStoic Lifestyle Medicine says there are 4 potential problems with the COVID vaccine we don’t want to see happen.

However,  my questions now are:  What’s going to happen if Governments try to force People to take substances into their Bodies that they don’t want?

Is this some kind of New World Order that a lot of Politicians’ [again just a Title] have been referring too all these years now?  You be the Judge!

Will a Civil War become the final outcome of the Virus and all these questions?  How is it that the people whom have had the Virus already, [that did not need Ventilators, etc,] only had to stay Quarantined for 14 days etc., to get rid of the Virus?

If the Virus is that deadly, why didn’t those People die from it instead of just being Quarantined?  What is this New Strain that’s supposedly been going around?  Has anyone even found out where this Corona Virus came from, and Not how it’s being transferred?

Something Religious People [Doctors, Governments, Politicians, etc., gave a NEW NAME simply to cause Panic and Fear, in order to Control other People?

YOU BE THE JUDGE!

The conflict among chiropractors has become more consequential as the Delta variant of the coronavirus spreads and the rate of new vaccinations slows. 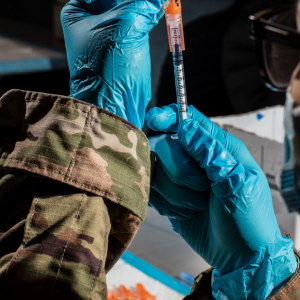 Too many questions have gone unanswered for People to be able to Trust these Doctors who all have so many Differences of Opinions.

The Evidence and Logic is what causes me to determined that WHITE SUPREMACY/RACISM, has been, and is still, the problem for everything bad that has happened, and still, happening on this Planet and around the World.

Wake up Folks!  Please, before it’s too Late.

A PLEDGE FOR ALL FLAGS By:  Mr. Neely Fuller Jr.